The following course describes policies and procedures that can help establish a foundation of success and safety for participants and workers who are part of peer support programs.

The main objectives of this unit are:

Approximate reading time for the module, without taking into account suggested resources and further reading, is about 3 hours.

The learners don’t need to already have particular knowledge or skills. The learners will need a computer with an internet connection and sheet of paper and a pen to take notes.

It is advisable that the learners consult the reference material and thus deepen the information provided.

Every organisation is made up of people in different roles and refers to different groups, including management, paid staff, volunteers, and users, to name a few. Volunteer organisations are characterised by the importance of this particular group that identifies them or gives them identity. 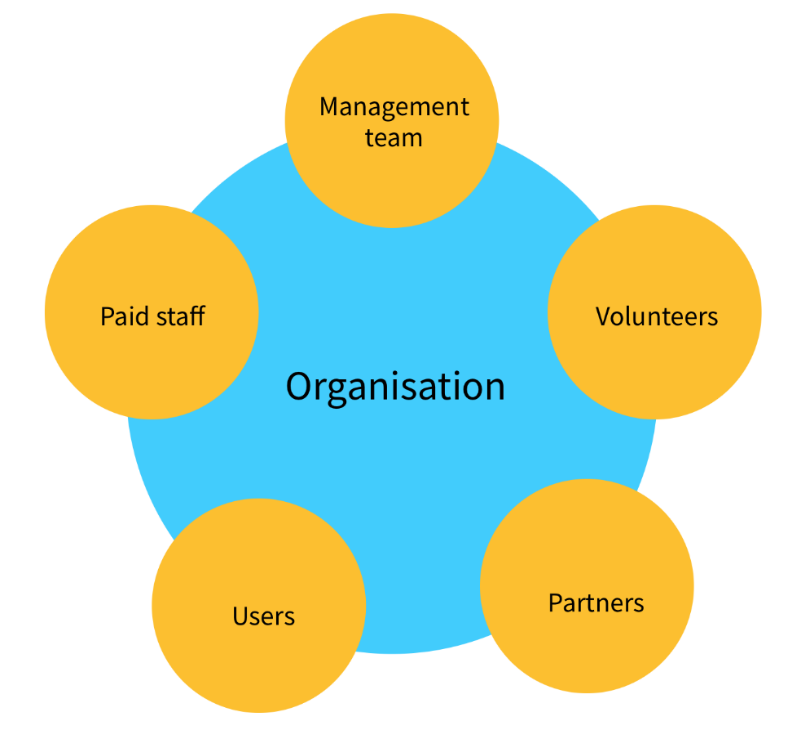 The altruistic nature of volunteerism and the fact that many organisations have often come into being thanks to the efforts of volunteers sometimes lead to underestimating the importance of managing this group. There are elements that need to be managed coherently for both the organisation and the volunteer so that the relationship is as beneficial as possible for both parties.
Volunteer management, then, aims to help people realise their potential in a way that aligns their motivation with the organisation’s goals.
Not all organisations have reached the level of maturity that allows them to recognise the importance of proposing general measures for volunteers in order to align the perspectives or expectations of this group with those of the organisation. It must be taken into account that their management requires a holistic view that allows an analysis of the entire life path of the person in the organisation.
Policies and procedures are a set of rules and methods developed and communicated to structure specific processes within an organisation. The term encompasses a set of instructions to staff, ranging from general guidelines to specific steps for particular tasks.
Defining and communicating policies and procedures is necessary in all organisations. Policies are general principles that are aligned with the organisation’s mission and are designed by managers to guide all employees in making decisions to accomplish their daily tasks.
Procedures are more specific and detailed rules, usually expressed as methods or steps for carrying out a particular activity.
Policies and procedures should be consistent with each other and share a common strategic goal. They support standardisation through best practices and make communication of instructions and training more effective and complete. 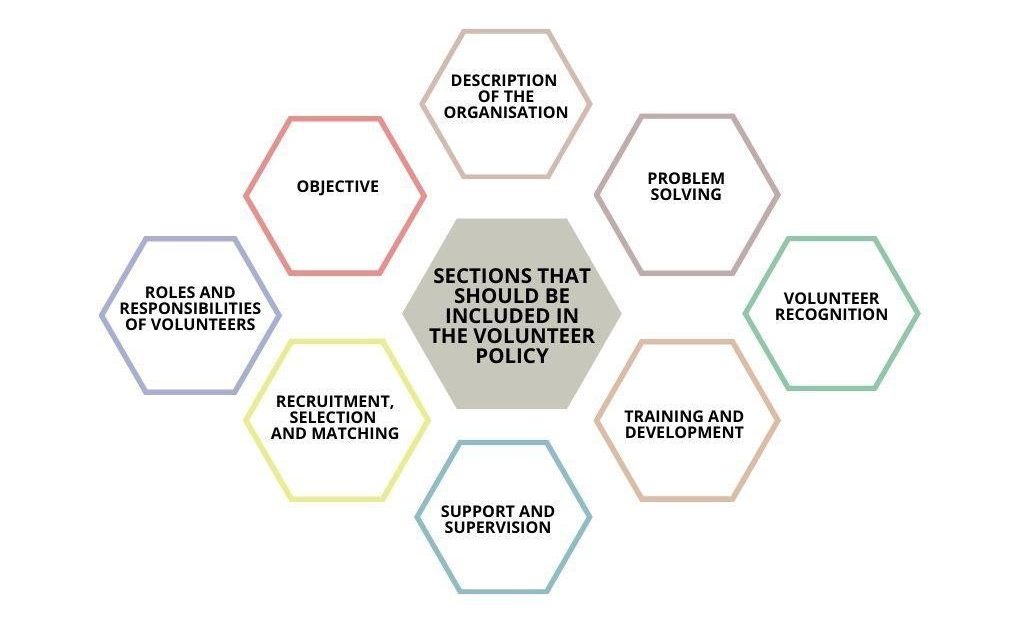 A responsible person should be appointed to oversee the implementation of the policy. Policies should be reviewed regularly, at least once a year, to see if they need to be revised in response to feedback or changes in the organisation.

Here are some examples:

Procedure is a term that refers to the action of proceeding, which means to act in a certain way. The concept, on the other hand, is linked to a method or a way of executing something.

A procedure, in this sense, consists of following certain predefined steps in order to carry out a task efficiently. Its objective should be unique and easily identifiable, although there may be different procedures for the same purpose, each with different structures and steps, and each offering more or less efficiency.

If the policies set out the organisation's guidelines, "what is to be done", the second step will be the elaboration of certain procedures that provide guidance on "how it is to be done".The existence of a volunteering policy, and even the development of certain action procedures, facilitates the task of coordination for the volunteers, as they have an orientation or guide for their work.

Examples of procedures for conducting future activities (based on the policies of the previous section) are:

This chapter contains information on policies and procedures that relate to associations or companies. In this case, the scenario would take place in peer support associations. Guidelines for action in the above cases are suggested here.

By the end of this module you will be able to:

(Insert company name) is committed to providing a safe and respectful work environment for all staff and clients. Bullying and harassment will not be tolerated in this organization. All workers will be treated in a fair and respectful manner.

Examples of conduct or comments that might constitute bullying and harassment include verbal aggression or insults, calling someone derogatory names, harmful hazing or initiation practices, vandalizing personal belongings, and spreading malicious rumors.

Employers are responsible for:

Employees are responsible for:

All staff, upon becoming aware of a bullying, harassment or sexual harassment incident or allegation must act in accordance with the responsibilities as set out in the Bullying and Harassment Policy.

As the scope of the Policy extends to the stakeholders being staff, employees, trainees, participants and jobseekers there will be some variation in the procedure, which is largely based on the degree of direct control Maxima may exercise in any given situation, e.g. interactions with Hosts and other external stakeholders.

The principles common to the procedure are:

If in doubt, staff who receive a report of an instance of bullying, harassment or sexual harassment are encouraged to discuss the matter confidentially with the HR Manager/Officer, Contact Officer or the Bullying and Harassment Officer

All reports need to be taken seriously and treated confidentially.

Where the matter has been reported by a third party, it is important to speak with the alleged victim and find out their views on the behaviour in question.

Any staff member who receives a report of bullying, harassment or sexual harassment needs to make a decision as to the appropriate resolution. When making this judgment it is expected the following will be taken into account:

If in doubt, staff who receive a report of an issue are encouraged to discuss the matter confidentially with the HR Manager/Officer, Contact Officer or Bullying and Harassment Officer.

Where the matter has been reported by a third party, it is important to speak with the alleged victim and find out their views on the behaviour in question.

For less serious issues, a resolution may include:

It is then important, even if this stops the behaviour, that a short report be submitted to the HR Manager/Officer so that further instances involving other alleged perpetrators/victims are not considered in isolation. The record of a resolution will be kept confidentially.

If the matter is deemed to be of a more serious nature, the alleged victim should be encouraged to make a formal complaint to the HR Manager/Officer who will instigate a formal investigation.

After all the evidence has been collected, remedial action should be identified with senior management i.e. HR Manager/Officer, Bullying and Harassment Officer.

A meeting date should be secured to suit all parties. The HR Manager/Officer will send out invitations to the parties to be involved.

The meeting should take place in a neutral environment and include:

Actions from this meeting are to be documented and recorded.

After all the evidence has been collected, a course of action should be determined by senior management or delegate. For all stakeholders in cases where the bullying, harassment or sexual harassment may constitute a potential breach of the law, they will be referred to appropriate authorities.

For staff, consequent actions could include:

For trainees and employees:

Where a jobseeker or participant, is the perpetrator actions may include:

Where a jobseeker or participant is the complainant of alleged bullying, harassment or sexual harassment by another person not associated with Maxima while they are engaged off-site in a Maxima program, Maxima will attempt to liaise with the relevant individual or organisation to resolve the matter. Where this is not possible Maxima will make alternative arrangements to complete the Maxima program in which they are engaged.

Back to module page

"The European Commission support for the production of this publication does not constitute an endorsement of the contents which reflects the views only of the authors, and the Commission cannot be held responsible for any use which may be made of the information contained therein" 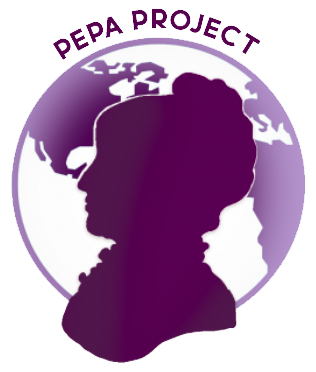 The European Commission support for the production of this publication does not constitute an endorsement of the contents which reflects the views only of the authors, and the Commission cannot be held responsible for any use which may be made of the information contained therein